The History of Centralia

The history of Centralia includes the town itself, both in early 1900 and 2000, plus a view of the surrounding towns at that time. According to the maps that I was able to find in the early 1900, the exact location is even in question. Compare the two maps below: 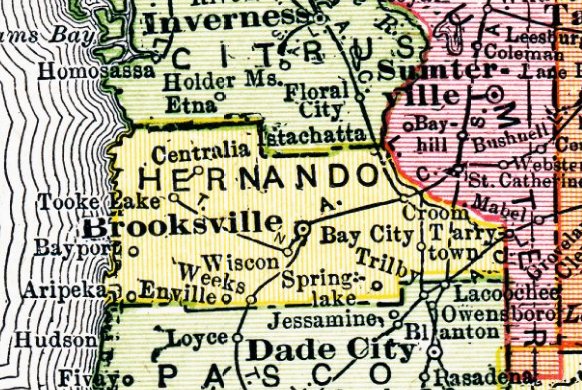 Centralia, Florida, a lumber town north of Weeki Wachee, existed from 1900 until 1922.  Few photographs depict what the area looked like at the time.  Below are a few of the photos of Centralia in the early 1900’s.

Centralia’s water tower stand high above a huge log of 5476 board feet of lumber.

The largest sawmill, the  Tidewater Cypress Company, operated in Centralia from 1910 until 1922.  The mill had a double band saw that reportedly cut 100,000 board feet of lumber daily.  Over 1000 employeess work at the mill at its height.

This photo shows the huge log cut in Centralia in front of the 6 steam engine smokestakes at the mill.

The above photo shows the interior of Gamble’s Commissary in 1913.  There are no photos of the building’s exterior. 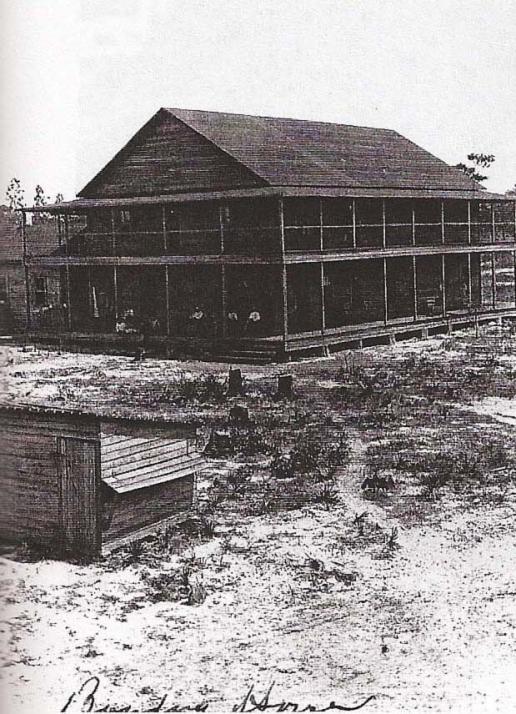 The Boarding House at Centralia was run by Mrs. Varn.
The Railroads:

Below is one of the few photos of trains that ran in the early 1900’s in Centralia.

In the insert at the right below, the rail line runs from Brooksville to Centralia on the Tampa Northern Railroad, a railroad that became part of the Seaboard Airline Railroad. 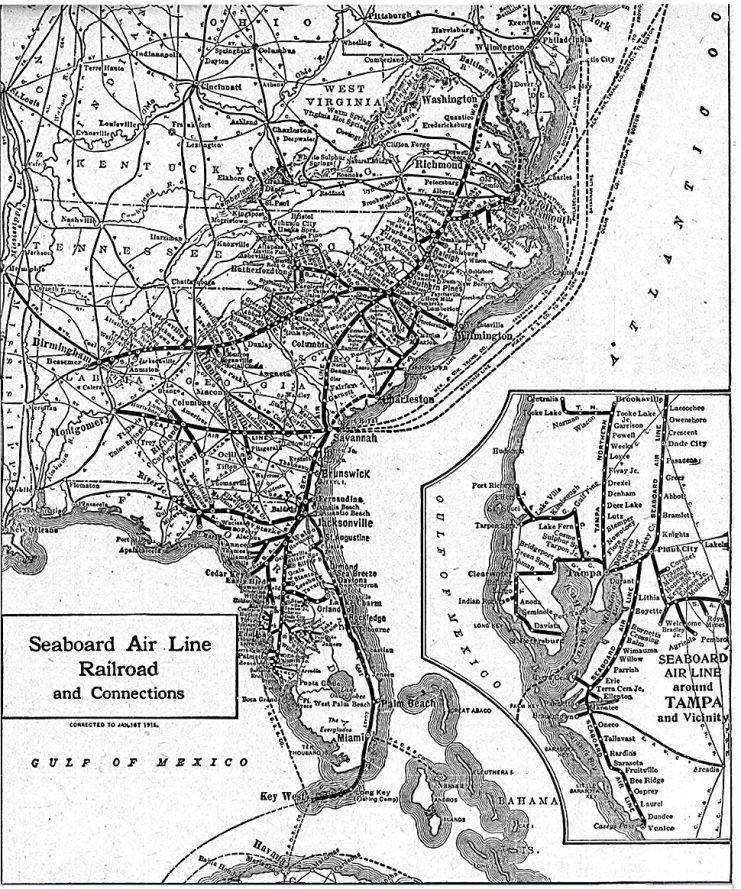 In the early 1900’s, there were many small settlements that surrounded Centralia.  The county seat was Brooksville which was the primary hub of commerce at that time.  The Tampa Northern Railroad line went from Tampa in the south to Thomasville, Georgia with a side line to Centralia.  Below are some early photos of some of the structure in the area: 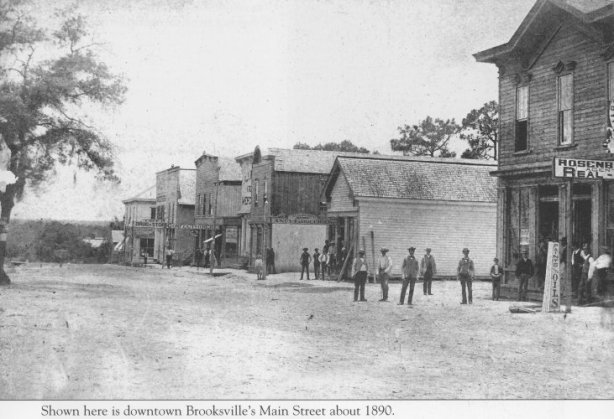 Today, the remains of Centralia lie within the boundries of the Chassahowitska Nature Preserve in land that was purchased by the water management district.  Here are some photographs of what remains of the town: 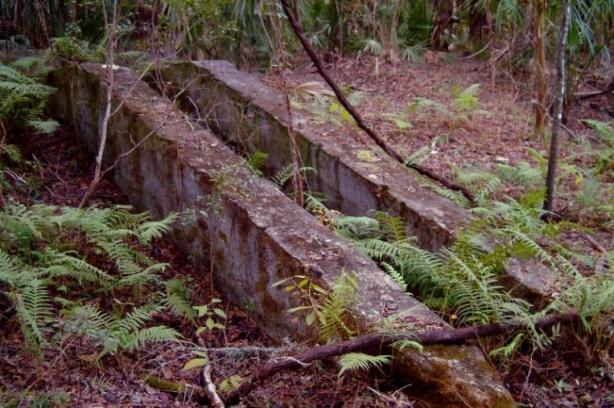 The above photo shows the remains of the ramp used to get logs up to the mill for cutting lumber.

The photo above is thought to be part of the foundation to the mill that at one time employeed over 1000 workers in the Centralia from 1910 til 1922.

The above photo shows the remains of the well that supplied the mill, the steam engines and town with water in the early 1900’s.  The photos above were thought to have been taken by Mike Woodfin of Valrico, Florida.